In 2010, I posted about my woes with WebHost4Life (which I’m shocked is still around.) I looked around for another host, and ended up going with Arvixe. I’ve been happy with them ever since.

In the comments, Sebastian wrote:

I was wondering if I was blind to a problem, so I thought I’d do a bit of digging.

Since learning my lesson with WebHost4Life, I’ve been using a simple PowerShell script to monitor my blog uptime and response time. It’s been running since 9/1/2012.

Caveat: This is running from my house - so the data is actually a combination of:

In any case, the data I have doesn’t seem to back up what Sebastian says. 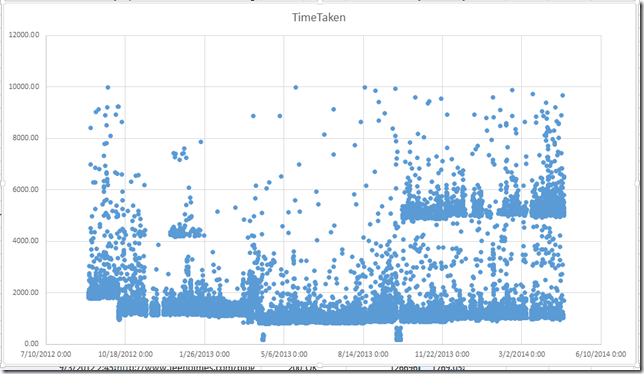 For $6 a month, Arvixe continues to be a great investment.