I recently had my HP Photosmart Premium stop working. Initially, it failed with an error message requesting that I clear the carriage jam. This was caused by the carriage being stuck at the far right of the printer where it normally goes to clean the print head.

The carriage was stuck enough that moving it with my hands didn’t work. When I took the sides of the printer off, there was a movable plate stuck below the carriage that I was able to slide away using a bamboo skewer. 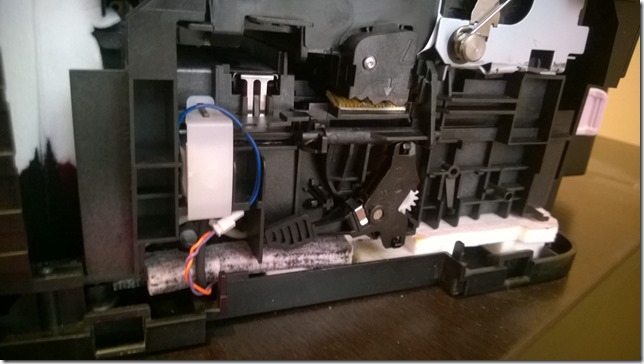 After resetting the printer, the carriage jam message went away – only to be replaced with a generic complaint about “error 0x61011beb.”

Error 0x61011beb appears to be a “catch all” error message indicating physical problems. Online resources helpfully suggest doing a factory reset of the printer, which didn’t resolve my issue.

One thing I did notice before the printer would give the error message was the central rod to the left of the big white gear spinning for a long time. 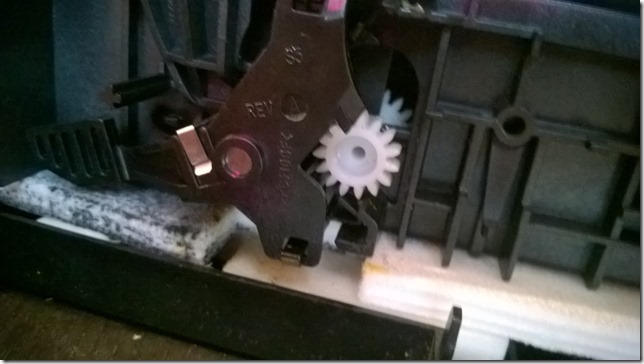 During the printer reset, the white gear would sometimes spin, thereby turning the black gear meshed to it. But when the rod spun, very little happened. If I rotated the white gear manually, the movable plate that caused the carriage jam would move.

Another thing I noticed was that the whole assembly attached to the central rod wasn’t on very tight. I thought perhaps it somehow got knocked loose, so tried a bunch of printer resets after re-seating it, or holding it against the rod manually. None of those worked.

I initially tried to put some glue on the inside of the gear, put it back into the rod assembly, put it all back onto the rod, and let it sit overnight. Unfortunately, that didn’t stick well enough and the printer acted like nothing had changed.

Fortunately, I had access to a 3d printer, and was able re-print the gear. The original is on the left. 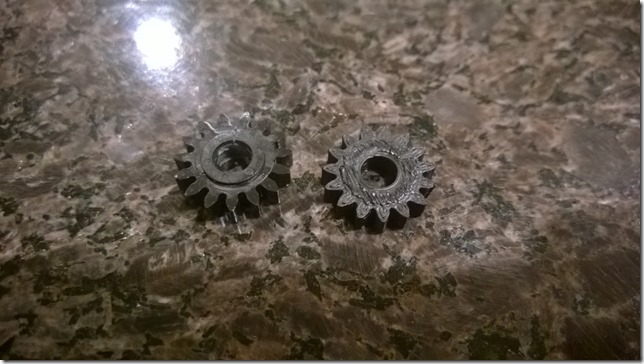 I used Parametric Involute Bevel and Spur Gears by GregFrost, with the following dimensions:

I’ve shared this gear here: http://www.thingiverse.com/thing:1133610. The inner bore diameter is intentionally thin. I used a needle file to open the gap until it was JUST able to squeeze onto the raised ridges on the rod.

If you’re running into the same issue (slipping of the gear) but don’t have access to a 3d printer, some other things might work: 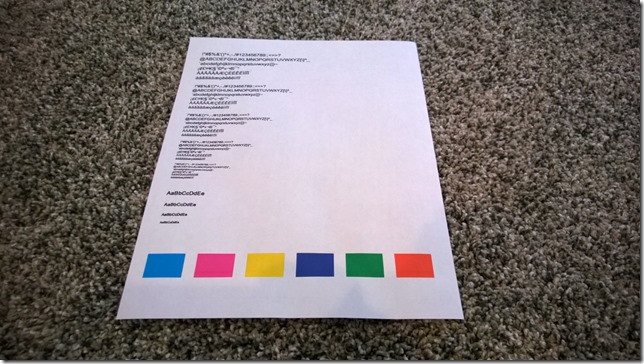