You’ve probably heard of Maslow’s Hierarchy of Needs. It’s a useful way to think about human needs and the priority in which we tend to fulfill them. Somebody dealing with a physiological crisis such as lack of food and water is unlikely to improve their situation much by focusing on self-actualization issues like finding opportunities for their artistic expression. When thinking about an organization’s security stance or security controls, I find that there is a very close parallel to Maslow’s Hierarchy of Needs. I call it Maslow’s Hierarchy of Security Controls. If an organization is struggling to contain known viruses exploiting patched vulnerabilities, they are unlikely to improve their situation much by trying to address zero-day attacks that operate in a “forensically clean” stealth mode. 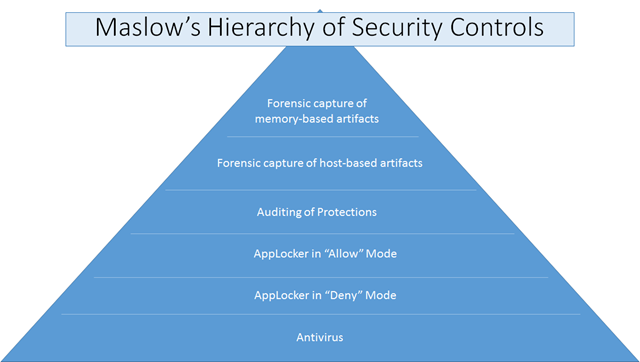 When it comes to system defenses and security controls, there are many controls and mitigations you can employ: 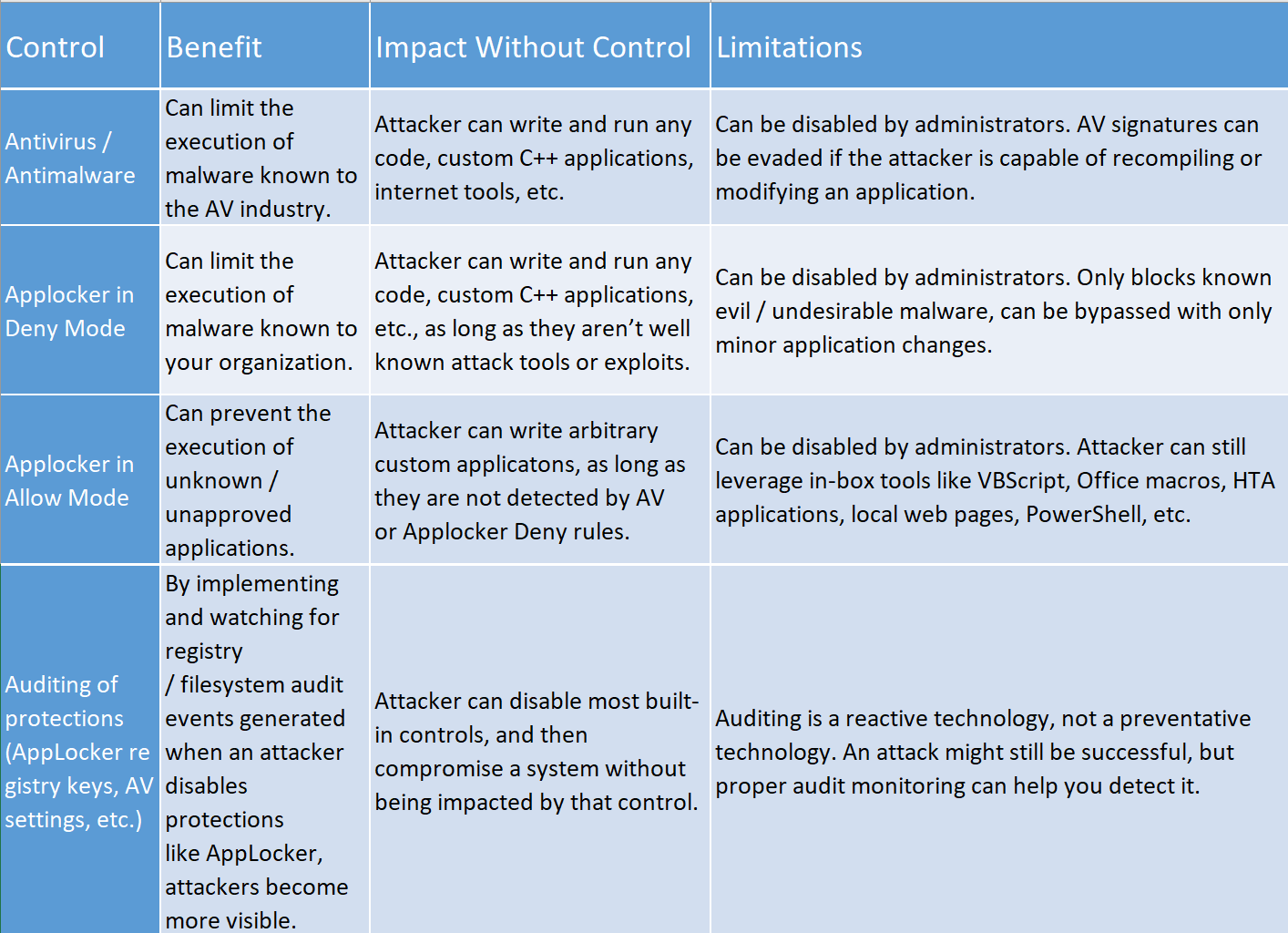