A while back, Roberto Farah published a script library to help control WinDbg through PowerShell. I’ve been using WinDbg for more debugging lately, and decided (after following one to many object references by hand) that I needed to script my investigations.

PowerDbg is definitely helpful – Roberto has tons of great scripts published that help analyze all kinds of interesting data. It also made me think of an alternative approach that works around some of the problem areas – PowerDbg uses SendKeys, window focusing, and used WinDbg logging as the communication mechanism. After some investigation, I thought that automation of the command-line version (cdb.exe) through its input and output streams might be easier and more efficient – which indeed it was.

You set up a remote from the Windbg instance you want to control, and then the WinDbg module (below) connects to the remote session (by manipulating standard in / standard out of cdb.exe) to manage its output.

I’ve shared this module now in the PowerShell Gallery. To run it, just run:

Let’s see how it works!

Here’s an example program that we want to debug: 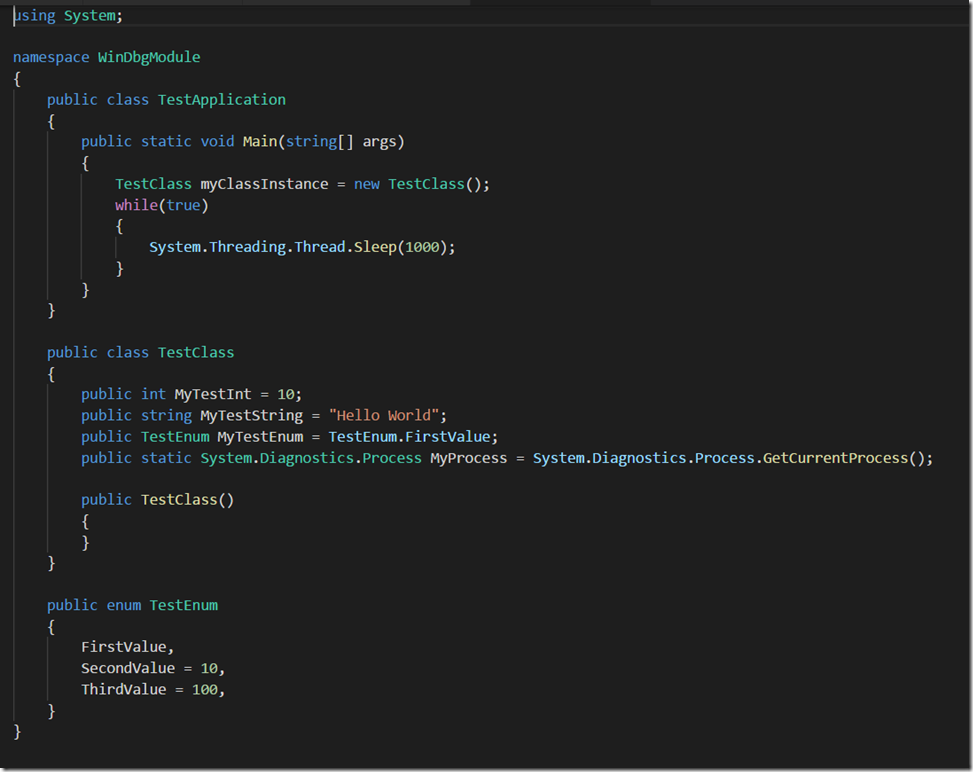 First, import our module, launch the program, and then connect. If you’ve got the module, you can follow along at home :)

Now that you have these in PowerShell, you can do any kind of text-based manipulation you’d like. 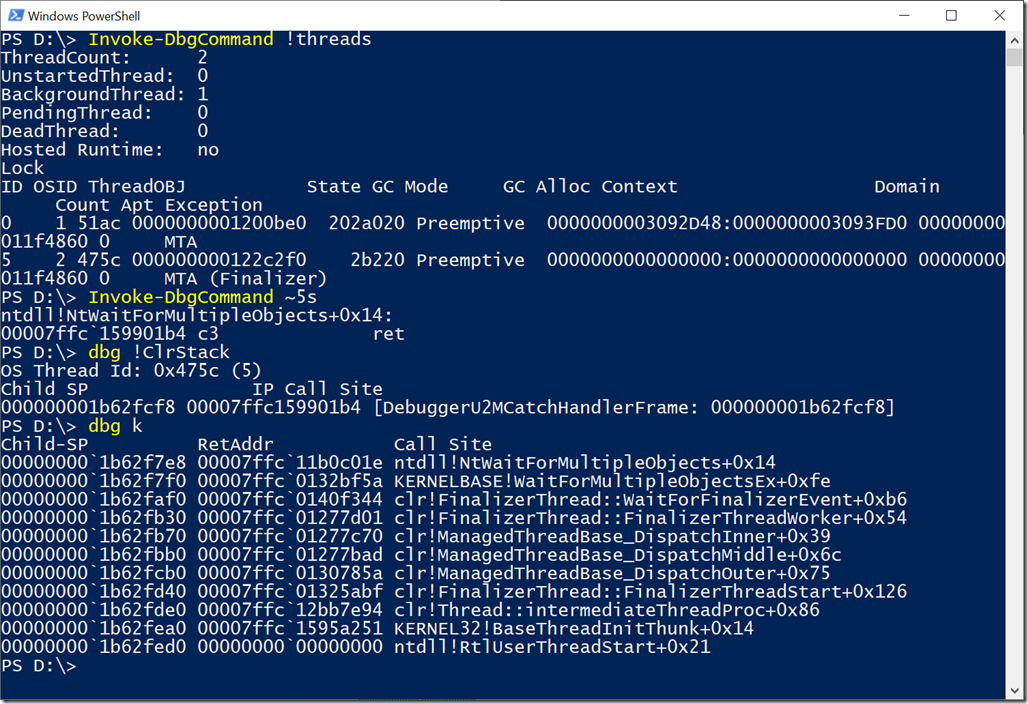 What does the debugger know about our TestClass?

Turns out, it knows some cool stuff. Again, you can do some more amazing text parsing and automation:

One thing that the WinDbg module includes is a few basic scripts that automate some of this parsing for you. For example, Search-DbgHeap and Get-DbgObject. Explore, and have fun! 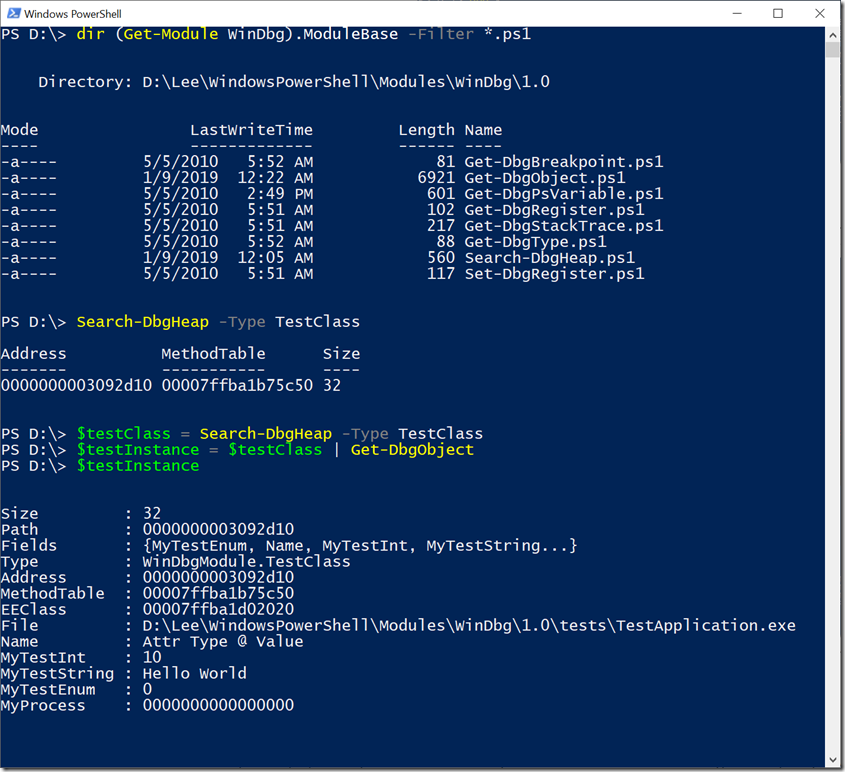 Also, if this project interests you, should definitely check out DbgShell. This is the hobby-time project of @JazzDelightsMe, and exposes much of the debugging engine into PowerShell as PowerShell objects. Incredible! I can’t wait to see that module continue to grow.