You play a real guitar.

You learn the real notes.

Your fingers hurt just like every great guitarist before you. 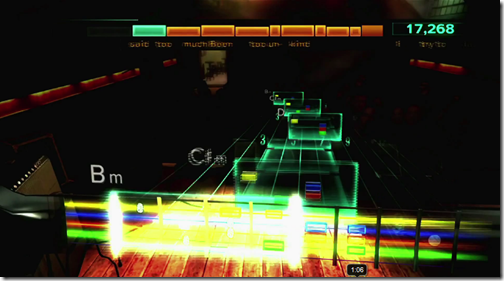 For some context, guitar has been part of my life for a long time – although my proficiency with it has waxed and waned (currently waning). I made the most progress with classical guitar, but ran into a cliff of frustration when songs started calling for notes out of the basic first few positions. A couple of editions of the PowerShell Cookbook will put a dent in your free time, so that may have something to do with it, too :)

This kind of “Guitar Hero but with real guitar” game has been a pipe dream for a long time. A few years ago, the Music Wizard folks started shopping around a new game called “Guitar Wizard”. After hearing about it, I promptly signed up for their mailing list - but they’ve now removed all of the product pages from their site and I suspect have abandoned the project entirely.

The primary reason behind this lack of advancement in the field has long been technical. Most software that tries to convert raw guitar sounds into something that a computer can understand ends up failing pretty fast. The note recognition ends up being glitchy, inaccurate, and frustrating. Things have heated up recently, with applications like JamGuru (PC) and Rock Prodigy (iPad) that help you learn the tablature versions of songs through sophisticated note recognition.

Rock Band 3 introduced “Pro Mode” for guitar (which has been getting good reviews), but there have been mixed feelings about the way the guitar interface is presented. Also, they took another approach to resolving the technical issues by making you use their specific guitar. That second point really hurts if you have a well-loved (or unloved!) guitar already.

While computer scientists are out flogging and publishing minor advances in audio recognition, Rocksmith and this new breed of apps have somehow just quietly and magically figured it out, and shipped it. The note recognition truly does feel magical, and never crosses your mind after that.

After getting a brief intro on how to use the system, Rocksmith starts you off with a simple lead part to “(I Can’t Get No) Satisfaction” by the Rolling Stones.

At even its simplest levels, you truly feel like you’re playing the song. This is where Rocksmith stands out as a music game. In rhythm games like Rock Band, you use the guitar controller (or real guitar) to hit the right notes at the right time. As long as you do that correctly, the game continues to replace you with the pre-recorded guitar track of the song. If you make a mistake, it replaces you with a squelchy sound of a guitar mistake. What kind of mistake, you might ask? Were you off by a fret? Too late? Too early? Who knows!

Rocksmith, on the other hand, plays the actual sounds from your guitar. They send it through a virtual amplifier and effects chain so that you have the same tone as the guitar from the original song, but you’ll hear it immediately if you’re off by a fret. The note will sound too high or low (just as it does in real guitar), so you can easily correct by ear alone.

Don’t be afraid to experiment

If you’ve played other rhythm games like Rock Band, you’ve probably looked down the “Note Highway” with dread as 2 minutes of the same boring pattern approach.

Rocksmith solves this problem wonderfully. Want to noodle around for the beginning of the song? Add some trills, double-plucks or experimental harmonies? Go ahead! Rocksmith doesn’t penalize you for these – as long as you still at least hit the notes that it’s displayed.

Speaking of noodling around, Rocksmith has the best load screen I’ve ever seen. It activates the virtual amp whenever it’s “Loading…”, so you can take that time to warm up, play around, or experiment with new ideas.

As I mentioned earlier, Rocksmith creates your in-game sound by sending your guitar through a virtual amplifier and effects chain. Once you start completing songs, Rocksmith makes these components available to you in a free-form playground called “Amp Mode”. You can pick pre-set sounds from any of the songs you earned them from, or mix and match components (pedals, amps, etc.) to make something completely different. Spend a minute, spend an hour, either way you’ll have fun. 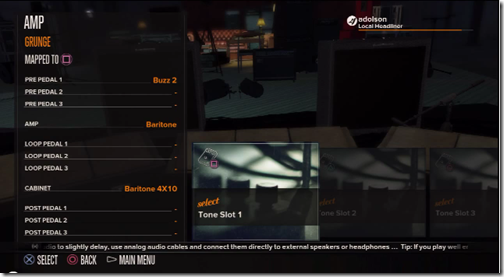 After playing the songs for awhile, you’ll amaze yourself by picking up the guitar when it’s not even plugged in. You’ll play the same thing you’ve been playing all along, but then realize the sounds of the song are coming from your guitar, not your video game. They don’t include Stairway to Heaven in the song list, so you’ll be safe playing these at the local guitar shop, too!

After you’ve been playing songs for a while, Rocksmith opens up a handful of guitar trainers / challenge games. These games let you practice specific techniques (chords, scales, neck position, bends) that improve your actual guitar skill, as well as in-game performance. 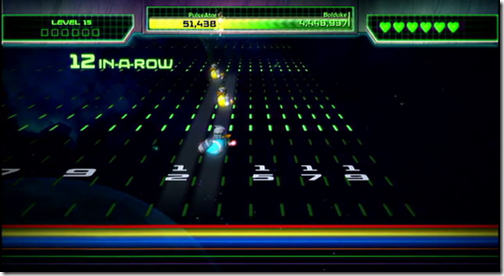 So, far I’ve only unlocked two challenge games: Ducks (which teaches you how to find fret positions quickly) and Dawn of the Chordead (which teaches you to play and recall chords). Dawn of the Chordead unquestionably teaches you transferrable guitar skills. Being able to quickly find and play a chord (and then smoothly transition to the next one) is crucial for playing many songs. Ducks makes you a much better game player, but offers limited benefit for real guitar (see My One Big Complaint).

While I’m a big fan of the game, there are some rough edges. First off, you need to use your regular game co ntroller to navigate through the game. When you’ve got a guitar strapped around your neck and the wireless controllers are going to sleep, this is just annoying. Why you can’t just use the guitar to control the entire game is beyond me – Rocksmith has already proven that it can accurately recognize input from a real guitar!

Second is practice mode. When a song starts to prove challenging, they offer a neat set of trainers that let you just practice through a difficult section. These trainers let you gradually increase difficulty or speed for a specific section. It would be nice if there was a more holistic practice mode that let you master a song section-by-section by increasing difficulty and then speed for each section. What’s most annoying about the practice mode is that you’ve got five “lives”. If you can’t play it fast enough or accurately enough in five attempts, then it kicks you back to the practice screen. From there, you have to click through all the menus, loading screen, tuning process, etc. It’s just a lot of process for something that should be the most forgiving in the entire game.

My One Big Complaint

My One Big Complaint stems from wanting the skills from the game to have more benefit to my real guitar playing.

As I mentioned before, guitar mastery is heavily influenced by how well you know the fretboard. To show you where to put your fingers when you play, Rocksmith sends fret numbers down the Note Highway: 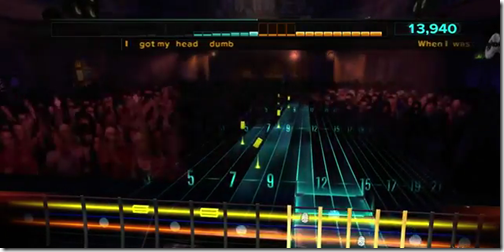 This is very similar to Guitar tablature, and is a great way to learn a song. The alternative is the traditional music staff, which even professional musicians have difficulty sight-reading and would be a deal breaker for the game.

However, becoming a lightning-fast tablature reader hits a dead-end at some point. It’s like becoming a god at watercolour paint-by-numbers. Just as you need to learn to draw and choose pigment at some point while becoming an artist, a guitarist will eventually need to know what notes they are playing (C,D,E, etc.) On this point, Rocksmith misses a great opportunity. If they simply offered an option to replace the coloured blocks with coloured letters (i.e.: yellow on the 5th fret = D), they’d unlock a vast world of true musicianship to millions of fledgling guitarists. Rock Prodigy offers this in their interface, and it help immensely: 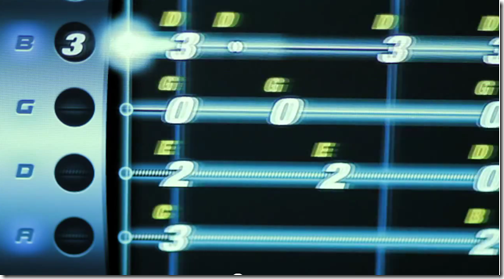 I bought it, and would buy it again

When you add up all the pros and cons, there isn’t really a question in my mind. If my cat ate the game tonight, I would buy it again tomorrow.