There are many times in security investigations where we want to quickly filter out “Known Good” and only focus on what remains. When these are files shipped as part of the operating system, you can use Authenticode and Code Signing to figure this out. But what if this is something more ad-hoc, like the command lines used in Windows Scheduled Tasks?

You could possibly store all of this stuff in a database, schematize it, and then figure out a way to query it at scale. Another alternative would be to hash the data (i.e.: the hash of the command line) and store that as a data set somewhere.

A big problem with the hash approach, however, is that it takes up a relatively large amount of space. My system has 177 scheduled tasks on it, representing about 6KB of content. At 64 bytes per SHA256 hash, that’s already 11KB of data.

This probabilistic feature makes Bloom Filters very efficient. For that same set of 177 scheduled tasks, a Bloom Filter can encode these items into about 1KB of data – 10 times smaller than a list of hashes. In Base64, you can easily include this in automation, database queries, Sentinel queries, and more.

To make Bloom Filters easy to work with, I’ve uploaded New-BloomFilter and Test-BloomFilter to the PowerShell Gallery.

You can see this in action with this example, where our Bloom Filter can easily detect that a scheduled task has been tampered with. 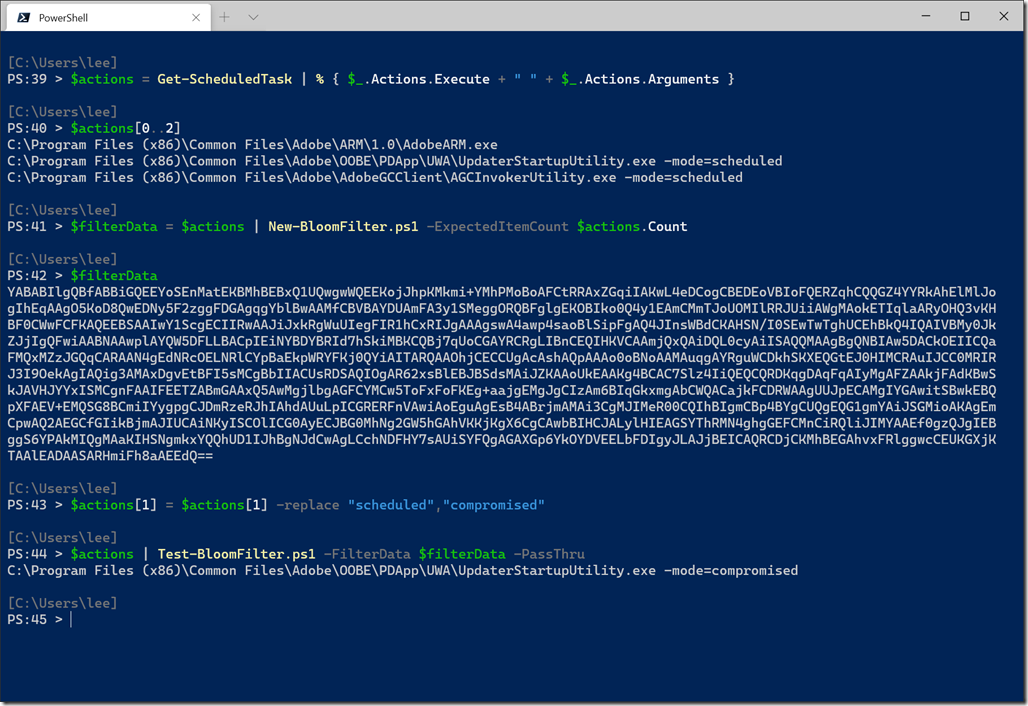